Your Conversation With: Jesse Ogas, Executive Director of Firefly Autism & 9News Leader of the Year

You bring the questions, we make the connections.

Gain insight into how to follow your passion, meet your business goals and give back to your community by asking metro area leaders who have done just that at Your Conversation With. 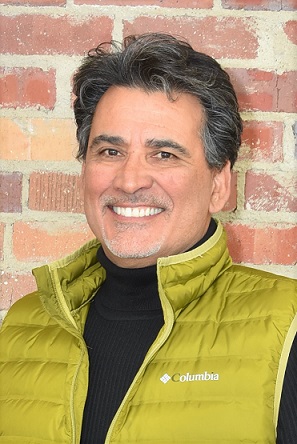 Jesse grew up in Silver City, New Mexico, known for its beauty. It is also near the Mexican border, and Jesse’s Hispanic heritage includes Mexico. Growing up with an awareness of social justice issues was a strong part of his upbringing. He grew up in a poor household where domestic violence was a norm. This ignited his passion to stand up not only for his mother, but for all women and for children who are victims of domestic violence.

He attended college at Western New Mexico University with an emphasis in Business. This education jump started his long and successful career as a General Manager in the retail industry. He held various store and regional management positions with The May Co., Foley’s, Mervyn’s, Sears and Kohls. After 17 years he felt drawn to utilize his skill sets in the non-profit world. His first employment in the non-profit sector was for an organization that supported Developmentally Disabled Adults and their families. For 6 years he helped to build their Development and Community Relations Arm.

In 2013 he joined the team at Firefly Autism and in 2014 became the Executive Director. He and the organization have never looked back and today they are leaders in the field of behavior and autism treatment. For over 30 years Jesse has served on the boards of nonprofit organizations that have significant impact on the underserved communities. His first nonprofit board experience was on the Colorado Aids Project and then on boards of Clinica Tepeyac, Kemp Foundation, Latina Safehouse, Newsed, Adams Camp, MSU Presidents Cabinet, and others. Jesse saw the writing on the wall about 10 years ago that in order for nonprofits to survive, they would have to begin to operate with an understanding that “It’s all about relationships”. People give to people, who lead them to causes…not the other way around. He has used this understanding to benefit nonprofits he serves.